Inform your understanding of the past.

An interest in ancestral research can be a long-term hobby that enriches your life and informs your understanding of the past.  This Professional Certificate course is the first step in a journey of self-fulfillment, whether the student is looking for structured learning or a pathway towards a new career.

Sandra Doble, MAGI, has been a Member of AGI since 2015, having been an Affiliate from 2013. Previously she had worked in accountancy, having qualified as a member of the Association of Chartered Certified Accountants. Having worked for over fifteen years in auditing and as a finance manager, she decided to turn to her true passion of genealogy and pursue it professionally. She successfully completed a diploma course in Family History / Genealogy and about the same time set up her own business. She is part of the AGI team that operates the Genealogy Advisory Service at the National Archives. Research on Church of Ireland families is one of her particular interests.

John Grenham, MAGI, FIGRS, has been a Member of AGI since its foundation.  His Tracing your Irish Ancestors (5th ed.2019) is the most popular guide book on Irish genealogy, known worldwide.  As well as writing several other books, he had a regular column in the Irish Times and he now has a highly regarded blog http://www.johngrenham.com/blog/.  His Irish Ancestors site at https://www.johngrenham.com/ is an important online resource.  In 2007 he was awarded the fellowship of the Irish Genealogical Research Society. He was a presenter of the television show The Genealogy Roadshow on RTE in 2011 and 2014.  He is a much in demand speaker at conferences around the globe.  From 2014 to 2019 he delivered the City Colleges diploma in family history, the precursor of this course.

Tony Hennessy, MAGI, has been a member of AGI since 2012 having studied genealogy in University College Dublin (1993-94) under the tutelage of Seán Murphy MA. Tony is now a Lecturer on the NUI Diploma in Genealogy at University College Cork and at the University of Limerick Certificate in History of Family & Genealogical Methods. He also has run, since 2010, a successful evening course in genealogy in Waterford City. He specializes in drawing bespoke family trees to commission which have been presented to US Senator Bernie Sanders, Mayor of Boston Marty Walsh, Mayor of Chicago Richard M Daley and many others. He has carried out research on behalf of the PBS series Finding Your Roots with Henry Louis Gates Jr. He was also involved with the Irish documentary series ‘The Travellers’ in which both he and his family trees featured.

Máire Mac Conghail, FAGI, FIGRS, has been a Member of AGI since 1990.  She began her career while a student at UCD, working part-time for the Genealogical Office.  She returned to the field some years later and eventually applied for AGI membership.  Later she took the Local Studies course at NUI, Maynooth, obtaining a diploma in 1997.  Over the years she has taught Adult Education courses at a number of locations in Dublin.  She has served on the Board of the National Library of Ireland, the Irish Manuscripts Commission and the National Archives Advisory Council.  She is joint author of the guide book Tracing Irish Ancestors, published in 1997.  In 2005 she was elected a Fellow of the Irish Genealogical Research Society.

Nicola Morris, MAGI, has been a Member of AGI since 2009.  She is well-known to television viewers for her appearance in the British, American and Irish versions of Who Do You Think You Are?, as well as Where were Your Ancestors During the Famine, The Genealogy Roadshow and The Great House Revival.  Having graduated with a history degree from Trinity College Dublin, she gravitated towards a career in research.  After several years conducting genealogical research she established her own business and applied for membership of AGI.  She lectures widely on genealogical topics and writes in various family history publications, including a regular Q&A section in Irish Roots magazine.  She also works on the AGI team in the Genealogy Advisory Service at the National Archives.

Sandy O’Byrne, MAGI, has been a Member of AGI since 2017, having been an Affiliate from 2014. Prior to working in ancestral research she was a journalist and features writer, covering particularly food, wine, travel and books. She also wrote three books and was a part-time lecturer. She had graduated from Trinity College Dublin with an Honours B.A. in History of Art and English, specialising in the eighteenth century Irish country house. Family history had always interested her
and she began exploring her own ancestry. This resulted in tracing one line back to William the Conqueror. Having successfully completed a diploma course in Family History / Genealogy in 2012, she decided to work full-time in genealogy.

Joan Sharkey, MAGI, has been a Member of AGI since 2003.  She has been involved in genealogy and local history since the 1980s, when she joined a local group that became the Raheny Heritage Society.  In 1998 she received a Diploma in Local History from NUI Maynooth. Undertaking further research on her diploma project resulted in the publication of her book, St. Anne’s: the Story of a Guinness Estate, in 2002.  Embarking on a career in family history research, she worked from 1999 to 2002 as a genealogist with American Elderhostel groups visiting Ireland to research their ancestry.  Since joining AGI she has worked alongside her colleagues in the Genealogy Advisory Service at the National Archives.  She has given many lectures on local and family history.

Steven Smyrl, MAGI, FSG, FIGRS, has been a Member of AGI since 1991.  He is a leading legal and probate genealogist, and a specialist in non-conformist religions in Ireland.  He is author of Irish Methodists – Where Do I Start? (1999) and joint author of Irish Civil Registration – Where Do I Start? (2000), both published by the Council of Irish Genealogical Organisations.  In 2009 his definitive Dictionary of Dublin Dissent – Dublin’s Protestant Dissenting Meeting Houses 1660-1920 appeared.  The 2012 RTE television series Dead Money was based exclusively on probate research undertaken by his firm. He was elected to the fellowship of the Irish Genealogical Research Society in 2007 and to that of the Society of Genealogists (London) in 2019.  He writes a regular column in Irish Roots magazine.

Michael Walsh, MAGI, B.Sc (Econ), has been a member of AGI since 2012. After graduating from University College London with a degree in economics and politics, Michael enjoyed a career in information technology, working for several large British and American companies in senior project management roles. On retirement from these roles, he established his own professional genealogical research service, Family Lines. This concentrates on helping people who do not live in Ireland to do their own family history research, by providing practical help on the ground in Ireland. Michael’s special interest is in tracing Irish families who have settled in North America and Great Britain.

Pamela Bradley, FAGI joined Accredited Genealogists Ireland and in 1980 and is now a fellow of the Association. In her role as a professional genealogist, Pamela has organised the AGI Advisory service which was provided at each of the four Genealogical Congresses held in Dublin. She also undertook research for the BBC series ‘Who Do You Think You Are?’. She has particular expertise in Quaker records and will the City Colleges lecture team for a short lecture in these records.

Des Murtagh, MAGI, Ed.D., M.A., has worked in all sectors of the Irish educational system. He holds degrees and diplomas in Education, Adult Education, Theology and a Doctorate in Educational Leadership. He joined Accredited Genealogists Ireland in 2018 and runs his own business (Murtagh Genealogy Services) in order to provide assistance to others in tracing their ancestral family members.

Dr. Paul MacCotter, MA, PHd, M.A.G.I., is a native of Cork City and obtained his MA in 1994 and his PhD in 2006 in University College Cork. These were for work in the areas of medieval history and genealogy. He has worked both as a genealogist and medieval historian for many years, and has published papers in various journals, such as Irish Genealogist, Irish Roots, History Ireland and the online ezine, Irish Lives Remembered, therefore covering the entire gamut of Irish genealogical publications from the popular to the academic. Paul MacCotter teaches genealogy in University College Cork and the University of Limerick, and is a regular conference speaker in Trinity College, Dublin.

The course to date has been very informative and enjoyable. Both lecturers are clearly very knowledgeable and most willing to pass on helpful information and feedback.
Patricia Monahan
Former Student

I would recommend this course highly!

I am thoroughly enjoying the course.  The lectures are very informative, and the lecturers are very approachable and well informed of the subject matter. I would recommend this course highly.
Pauline Stanley
Former Student 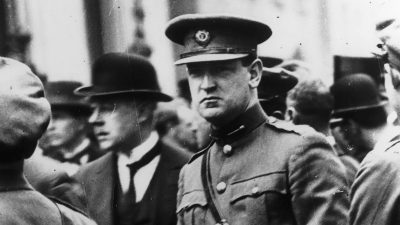 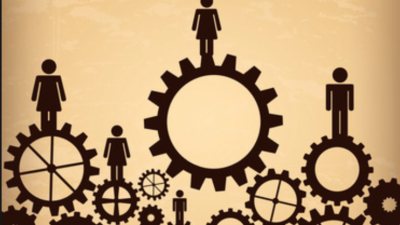